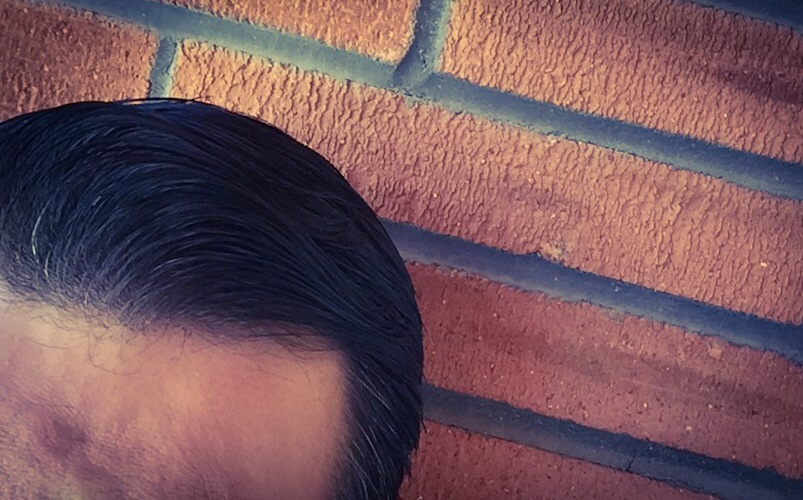 My hair stylist taught me everything that I know about not chasing the perfection dragon. Or at least provided a good prompt for writing about it.

We are about to wrap things up when the stylist pushes my freshly trimmed mop to the other side of my hipster part. She processes for a second and says, “It’s going to be longer on this side so that it’ll lay down going the other way. Is that alright?”

I know the score and I play it cool, “Yeah, sure. Besides I don’t have a Halloween costume yet. Maybe I’ll go Flock of Seagulls” I respond with a smirk and a flick of the eyebrows. Looking back I wish I’d gone with a Trump reference.

She stalls for a second and I see a spark in her eye that’s familiar. That look of anxiousness. I can tell that she’s playing out scenarios in her head. I know that what-if game.

She leans in completely focused on my hair as if I wasn’t even in the chair and says, “I’m going to trim it a little. Just in case.”

Just in case? In case of what? I’m committed to this cool-guy haircut. There is no “just in case”.

She switches to the neckline going over the edges a touch more and mutters something about, “I’m kind of a perfectionist”.

Nothing wrong with that. I’m still cool. I’ve seen this movie a thousand times in my head.

As a young student I never really finished a drawing. I put all my effort into getting the lines just right. Erasing and redrawing the same line only to move it less than a hair’s width I would spend hours just trying to perfect a small chunk of the page. It would take hours and all my energy to draw just a small section. I wouldn’t leave enough patience on the table to finish the work I started and I ended up with a collection of half completed drawings.

At one point I was offered money for my work which sound great at first. Doing the thing I love for cash would be a cinch. It wasn’t the money that eventually stopped me. It was having to hold the hand of the person who commissioned the work. Have you started yet? When will it be done? Can I see it?

Because I spent so much time trying to perfect the drawings and if it wasn’t exactly how I saw it in my head I was never satisfied. I suffered from Perfection-itis. And it made it harder to deal with patron’s demands because I gave everything I had to the art. There was no juice left for customer service.

After I completed one project more people started pouring out of the woodwork requesting art which normally would be rad for a freelancer, but I panicked. Having to work that hard for every request was overwhelming… I quit art for more than a decade.

Thanks to technology and personal growth I have edged back into work, but I still struggle with perfectionism. However, I’m more able to use it as a tool instead of an unshakable law.

I liked that my stylist took a little extra time on my hair, but it wasn’t really necessary. Putting in the extra mile is good service and providing quality is what separates the ladies from the girls, but if I let her she probably would have spent all day with it.

I’m the same way. I could spend all day tweaking an image. With technology being what it is I can zoom in on an illustration one million degrees and spend an hour on a microscopic line that no one will ever see because the print cannot hold that resolution. I’ve learned to step back every once in a while and look at the big picture. Anyway, most of the time people don’t even notice the tiny details.

Balance is the key. For me I’m in a place where I want to move faster. Become more proficient. Make more money.

When my stylist mentioned that she was a perfectionist I told her that the struggle was real and I feel her pain. “I’m trying to channel a little more Bob Ross in my life,” I said.

Things don’t go as planned. Especially in screen printing. So many things can go sideways and quickly, but sometimes it can make a cool job even better. I’m beginning to think that a true professional is not a technical master, but a luck wrangler. Someone who can corral their craft in a way that gets close to the image in their head by opening and closing certain flood gates.

If there is another lesson here it’s that you have to develop that sense of knowing when to shut that perfectionist gate. Sometimes it takes a moment to realize that you don’t always have to chase the dragon.