Dana Point. A beautiful stretch of bluffs overlooking the Pacific Ocean that once was the landing point for traders and got it’s start when developers from Los Angeles built Lantern Village for movie types and other well-to-dos.

That’s where I’ll be May 21, selling my posters under the warm sun, breathing in that cool ocean air, at the 4th Annual Dana Point Art Festival. Me and about 80 other artists will be hanging out on Del Prado between Ruby Lantern Street and Old Golden Lantern (named for the colored lanterns that traders used) from 10 AM to 5 PM, but don’t hang out there all day. Bring your beach blanket and enjoy those final days of comfortable weather while barbecuing at Doheny or enjoying some swank beach restaurant in San Clemente.

I’ll be near the Post office and street parking should be available.

Last year was my first run at the local Art Walk and this year I’m happy to say that I’m really excited to return. I’ll be bringing a whole new game to the Art Walk this year including new prints (with one in the pipe), a new booth set-up, and a year’s worth of experience on the road.

I had a pleasant experience last time and this show has been my biggest money maker. So I’m excited to return for that reason, but it’s also home and where I got my start. I’ll be interested to see if the scene is still dominated by an older crowd. The demographics have changed a little since last time and with any luck I won’t be the minority young person in the crowd this year. Then again, I might have been at an advantage there.

As usual the Tustin Art Walk will be held in Old Town Tustin at the cross streets of El Camino Real and Main Street. Just off the freeway where the 5 and the 55 meet.

The show will run from 12:00 PM to 5:30 PM and there will be booze including a new beer garden (we’ll see if there are any craft brews worth tasting), wine tasting, and music. Should be a nice day in Old Town and you can make a day of it by visiting some of the new restaurants that have been added like the El Camino Cafe (a personal favorite).

Not sure what the attendance looks like from the vendor’s side. Last time I checked there were a few gaps in the map, but I expect it to be busy nonetheless.

I will be near Freesoulcaffe near Main Street and Prospect Avenue.

The Great Rock and Roll Flea Market at the Regent in Los Angeles has some pretty cool stuff like vintage vinyl, leather jackets, and, you know, rad rock stuff. Sunday, September fourth I will be adding my dumb crap to the pile of awesome stuff. Come check it out if you’re in the neighborhood because I’ll be releasing a new print to the collection before anyone else can get their mitts on it (hint: it’s a California print, fresh off the press).

Also, my awesome wife, who is a much better person than I am, will be bringing her awesome concrete pottery! Check her out on Etsy @ComeToCalifornia.

For more information go to The Great Rock And Roll Flea Market website. Or check it out on Facebook.

Claremont is surprisingly hidden from the world. It doesn’t offer much near freeway exits and the charming downtown is a little tucked away. So I guess it’s no surprise that a lot of people miss this bad ass gem. However there are stirrings in the wind that tell me there are changes coming.

The Claremont Art Walk has been fighting for its life. Run by volunteers this monthly event has had a difficult time getting off the ground. Which is too bad since Claremont has a lot to offer, but part of the problem is a perceived highbrow, snooty, college town atmosphere where million dollar homes would make even my rich OC neighbors jealous of the Jone’s. It’s a very, very small place that has all the problems of small town politics. Add to the equation a rowdy next door neighbor with dirt under the finger nails, Pomona, which had it’s own downtown art scene that burgeoned for more than a decade, but is now fizzling out. Now Claremont is finding itself in a place that it is not really accustomed to bringing in a scruffier crowd.

When you cross under the freeway the tension between the two sides is palatable. Pomona’s grimy brick buildings and Mid Century blue collar homes paired against the pristine, manicured landscaping along side the adobe of Claremont and it’s no mystery. I never really heard anyone talk about the other side when you are facing one side of the freeway or the other. However, the energy was there. Yet now with the changes taking place we are seeing some groups shifting over to Claremont. And to Upland which is another nearby town of local flavor.

Claremont has always had an art scene, but one very different from the Pomona breed. It’s traditionally been the kind of wine drinking, flowing clothes wearing, slightly grayed type of artist that represents a class of well heeled bohemian that I’m accustomed to in places like Santa Fe, Sedona, or Laguna Beach. Now, there is a fresher look moving in. A younger, purple haired, with more slender physique fitting clothes artisan moving in.

It sounds like Pomona has chased out the artists. They have done their job and raised the rent for developers to point to buyers and say, “Look here! Artists are cool and you want to be cool so buy my property and move in.” I don’t know if gentrification is winning in Pomona, but it seems clear that the once tight knit community of artists there has broken up due to what Pomona doesn’t offer anymore.

Bunny Gunner, an art studio that held turf on Pomona’s 2nd Street down the road from the Glass House, has now moved to greener pastures of Bonita in the Claremont Village. A few others have joined in the fray like Mirrored Society which is celebrating its three month anniversary above a fairy land trinket store (*yawn*) separated by oaky white railing. Not the traditional dark stain we see in hipstery places, but give it time.

So when a friend of mine contacted me and asked me if I could do an art show in Claremont I said sure. Fuck it. Not knowing about the shifting climate in the region of my former stomping ground, it sounded like a good time because I like Claremont anyway, but now, looking from the outside in, it looks like Claremont offers an opportunity for artists that seem to be graduating because the well ran dry.

In my base of operations, Tustin, we have a similar thing going. Probably not as highly priced, but it’s people are older, the streets are clean, and we are bordered by a rough around the edges city. Sandwiched between more expensive property and grittier Santa Ana, Tustin is a relative oasis in the property wars we are struggling to live through. Tustin is primed to take overflow from places like Orange whose rents have been escalating astronomically and pushing out businesses. Claremont is not the cheapest place to rent, but like Tustin it does offers a pocket in a sea of struggling businesses where people can gain a foothold.

I like Claremont. If I can play a role in opening its bounty to the world around its borders and maybe learn something in the process, I’ll pitch in. It begins by drawing me back in with the Art Walk, May 7. For artists like me this is opportunity knocking. A new hole in the market that I can slip into.

I don’t know if the Art Walk is good or bad. Worth it or not. But in my mind change is always good. And besides, there’s really good food and even better drinks. After your hearty meal think about how you are breaking ground on a new shift in cultural boundaries. Participating in the flux of people trying to make it work. The artist’s struggle.

And maybe, if you didn’t eat and drink too much, come by and see me the first Saturday of May, 6:00 PM to 9:00 PM in the Packing House on First Street. Technically I’m still filling out the paperwork for this show, but something tells me I’ll be there rain or shine. And with some new art to boot.

Time to take my show on the road and let the people of the world see how weird I truly am. The Old Town Tustin Art Walk may not be ready for me, but I am ready to see if I can hock my wares to the unbeknownst.

Come see me awkwardly negotiate the wine-infused people of Tustin as I try to pitch the greatness of hand-pulled screen prints of wild illustrations to otherwise normal people. Plus, I could probably use a friend to watch my crap as I try to take a quick pee break.

I’ll be somewhere near El Camino Real and Main Street in Tustin between 10:00 AM and 4 PM, come rain or shine. Major credit cards accepted.

Looking to work off the Thanksgiving dinner sleepies? Then check out Common Click’s next art show this weekend at DBA256 in Pomona and help some families in need. November 29, 3 PM to 12AM.

END_OF_DOCUMENT_TOKEN_TO_BE_REPLACED

Billed as the biggest letterpress printers gathering on the West Coast, the LA Printer’s Fair should be pretty cool for those of you looking for paper goods of all sorts – especially wedding invitations for that big day coming up.

You may have seen my post earlier about a fundraiser in Pomona seeking entrants. Well by now you kids should have received notification about whether your art has been accepted. I will be joining your degenerate faces and classing the place down with my own ridiculous print. But it’s for a good cause: to raise money for foster kids with nonprofit Seeds of Peace.

Phone Booth Gallery (of recent Adventures In Design Podcast) has posters designed by gig-poster super-stars Kevin Tong and Tom Whalen until September 17, 2014. These are really great limited edition designs so be sure to check it out fast. 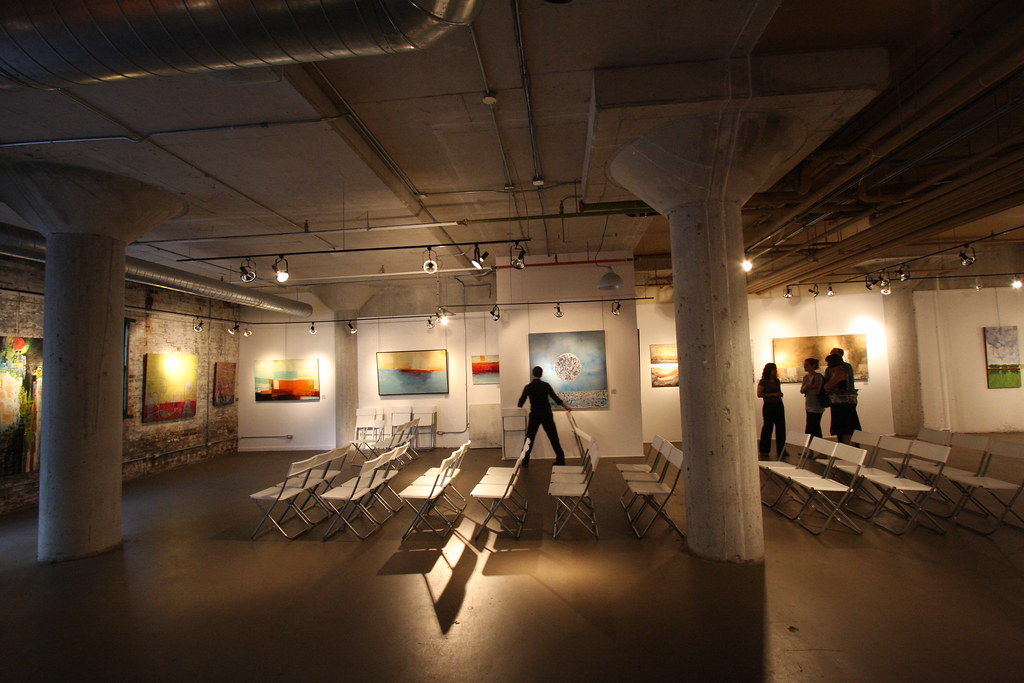 Nonprofit Seeds of Peace is teaming up with start-up Common Click to host a pop-up art show in Pomona. Proceeds will go to help foster kids and here’s what I’ve gather so far:

Artists can submit art to commonclickgroup@gmail.com. Up to three pieces can be accepted for the show. Submission deadline is August 22. Picks will be announced on August 25.

There is no charge and artists are free to sell and promote their work.

Not really sure how they will raise money. Perhaps there will be tickets or simply donations.